About 3 years ago I was searching for a new and better backpack.  My research led me to Mystery Ranch (MR) out of Bozeman, Mt.  I purchased the NICE frame and the Crew Cab and Longbow bags.  This past year I added the Metcalf pack bag to my collection.  In researching the NICE frame and the corresponding packs, one of the biggest detractors I read and heard about was the lack of functioning load lifters.  This concerned me, yet I’d read that it wasn't as big of a deal for users that were 5’9” and below, and at the time I felt it was one of the best packs on the market.  I've put my MR packs (mainly the Longbow) through much use the last few years and the pack has performed very well, but from experience with other packs I knew the NICE frame would benefit from an extended frame that would allow functional load lifters.  Having functional load lifters was a big reason why I decided to order the Metcalf pack bag.

I had been hearing rumors of MR working on a frame extension for the last year or so, and have been (im)patiently waiting for them to release one.  After reading on Hunttalk forums this fall that MR released their frame extension, I knew I needed to have one.  While on a hunt this fall I discovered I’d broken a buckle or two and when I called MR to order extras, I inquired about the MR frame extension.

They said they were available at that time, so I ordered a (Gen1) NICE Lift Kit and couldn't wait to try it out, especially with the pack out of a friend’s bull in my Metcalf and Crew Cab (w/o extender) still fresh in my mind.
Before ordering the MR extender, I had heard about another company (Oneiros Valley) making aftermarket accessories for MR packs.  Oneiros Valley also makes a frame extender for the MR NICE frame.  The Oneiros Valley frame extender is called the Gen II Load Lifter Panel (LLP).

Upon seeing a thread on the Hunttalk forums about the MR frame extender, Oneiros Valley (OV) posted up and said they’d like for someone to do a comparison between the two extenders.  Knowing I still had a few hunts coming up during the late fall, and that I already had a MR extender, I volunteered and sent some examples of previous gear reviews I’d done before to OV.  OV then sent me a pre-production sample of the LLP to try out and compare against the MR frame extender.
It must be noted at this time that there are a few slight differences between both of the current available MR and OV extenders and the ones I have used and tested for this comparison.

MR changed their frame extender by making the shape more trapezoidal than rectangular.  MR also added an additional cross support and changed the way the bottom of the extender connects to the NICE frame.  MR told me that the purpose of these changes was to add additional stability.
On the OV LLP, I was told the webbing loops which hold the buckles that attach to the load lifter straps were shortened by about a 1/2”.  In addition, the buckle adapter that was sent to me had slightly different buckles than the production model.  These buckles on the adapter I tested have about a +2 gram difference from the production buckles.

Since receiving the two frame extenders, I've used them on 3 different hunts and have carried some varying loads in test and training hikes with the extenders.  My normal test/training load is my pack with a 40lb bag of water softener salt and sometimes gear that has been left in the pack.  My average test load was 50-60 lbs, and the max load tested was about 80 lbs.  I predominately used the 50-60 lb loads for the majority of my testing.

Size
Both the MR and OV frame extenders are the same length, right at 17” tall.  The MR frame extender is a fixed extender, extending about 6” above the top of the NICE frame.  The OV extender allows adjustment from about 1” to almost 6.5”.  The OV and MR stays are the same length.  The OV stays are removable (interchangeable between carbon fiber and fiberglass) and the MR stays are sewn in.  I did notice that the OV carbon fiber stays could be interchanged with the Metcalf internal frame extension.
Comparison
Overall, this is very subjective, and I feel like I’m splitting hairs on some of the comparisons.  Both extenders are very well made and look like they will stand up to years of use and abuse.  I could tell the design of the OV LLP had a lot of thought put into it, and I really liked the amount of vertical adjustment it has (from about 1" to just over 6").  The MR LLP is flimsier off of the frame, but once it is attached to the frame, it is sturdy and supportive.  (I’m sure the newer MR Lift Kit is even sturdier.) Under a load, both extenders did what I expected them to.  They both provided functional load lifters with about 45 degrees of angle on the load lifter straps (with the 6" of extension above the frame).  The only (visual) difference I could tell between the MR and OV extenders was when the MR rear buckles were employed.  This helped counter any bend created in the stays from the load lifter straps.  I only noticed this visually, but could not feel any difference.

While my NICE frame has always been comfortable for me, it had to be adjusted just right for it to be comfortable under heavier loads.  The load lifters never took as much weight off of the shoulders as I would have liked and have experienced with other packs with functional load lifters.  The addition of the frame extender to the NICE frame allowed what I feel is better adjustment of the frame, and allowed me to take weight/pressure off the top of my shoulders without the load/pack falling backwards.  When load lifters can be properly employed, the shoulder straps can be loosened slightly, allowing the weight to be transferred to the hips.  Then cinching down the load lifter straps pulls the pack back up snug against the top of the back with pressure on the front of the shoulders and chest, not on the top of the shoulders which eventually causes discomfort and soreness.
The MR Lift Kit attaches quickly and easily to the frame.  Even without instructions, I was able to quickly install it from memory of pictures I’d seen on MR’s website.  The OV frame extender has several straps that need to be attached to the NICE frame.  I first attached it without instructions, but had to think about it a lot more and it took longer to install.  The instructions and installation video OV provides ensures proper installation.  If installing or adjusting in the field, one would just have to make sure they have installed and adjusted it enough that they can do it without the video.

I was at first unsure of the ‘unsupported’ single stays sticking up on the OV LLP, but I found I ended up liking those better.  The upper cross beam on the MR sometimes felt in the way of my head.  There was more head clearance with the OV LLP since it lacked the top cross piece.  I also liked that I could sling a rifle over the single frame extender of the LLP.  Just don’t expect to get the rifle off quickly or easily.  The OV LLP lacks rear buckles and has a separate buckle adapter that attaches to the middle of the top crossbar on the NICE frame.  I thought maybe the position of this would be a problem, but in my testing I found I never really needed it, even when trying different load configurations and using the daypack lid.
The MR rear buckles rattle and I used web keepers to strap them down.  I’ll probably end up cutting the rear buckles off and just use removable buckles should I have a need for them.  I could potentially see a need if the load was tall enough, but there are enough other buckles on the back/top of my NICE frame that I doubt any of them would be necessary very often.

Just a brief example to show how the frame extension aids in comfort: this year I shot my AZ Coues deer slightly higher up and further in than last year's buck, but traveled the same route back to the truck.  Last year I used the NICE frame with Longbow pack, and this year I used my NICE frame with Metcalf pack bag and OV LLP. Packout weight was pretty much equivalent. Estimated weight of the pack was about 60-70 lbs with gear and quartered deer. Last year by the time I made the 2+ mile hike back to the truck, my shoulders were feeling tired and I had to shift the weight back and forth on my back to keep comfortable.  This year I experienced no discomfort whatsoever from the pack.


After using both the MR and OV frame extenders for the last couple of months, I haven't really been able to tell a difference in performance between the two extenders.  The biggest difference between the two extenders is in the details.  Size, weight, adjustability, ease of installation, and cost are all secondary factors to consider.  The MR is a lightweight, simple design that installs easy and has a higher price tag.  The OV LLP is slightly heavier, a little more difficult to install, yet allows for adjustability for varying heights and conditions.  The OV LLP is less expensive which is almost always a factor.  I wanted to evaluate durability in this comparison as well, but a 2 month comparison doesn't really allow for much of a durability test.  I feel both extenders will last for a long time and will put up with normal use and some abuse.  In looking at the frame and pack bags, I couldn't see any unusual wear marks that might have been caused by the extenders.  For my personal use, I like the idea of the adjustable OV LLP extender, but in actual use I didn't adjust it very much except for comparison sake.  I don't think that someone can go wrong with either extender. 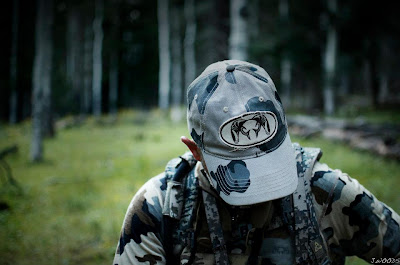 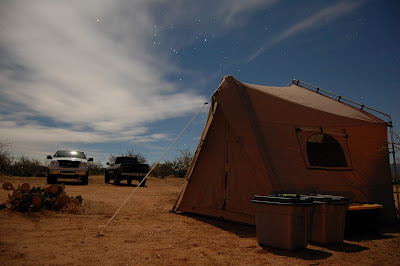